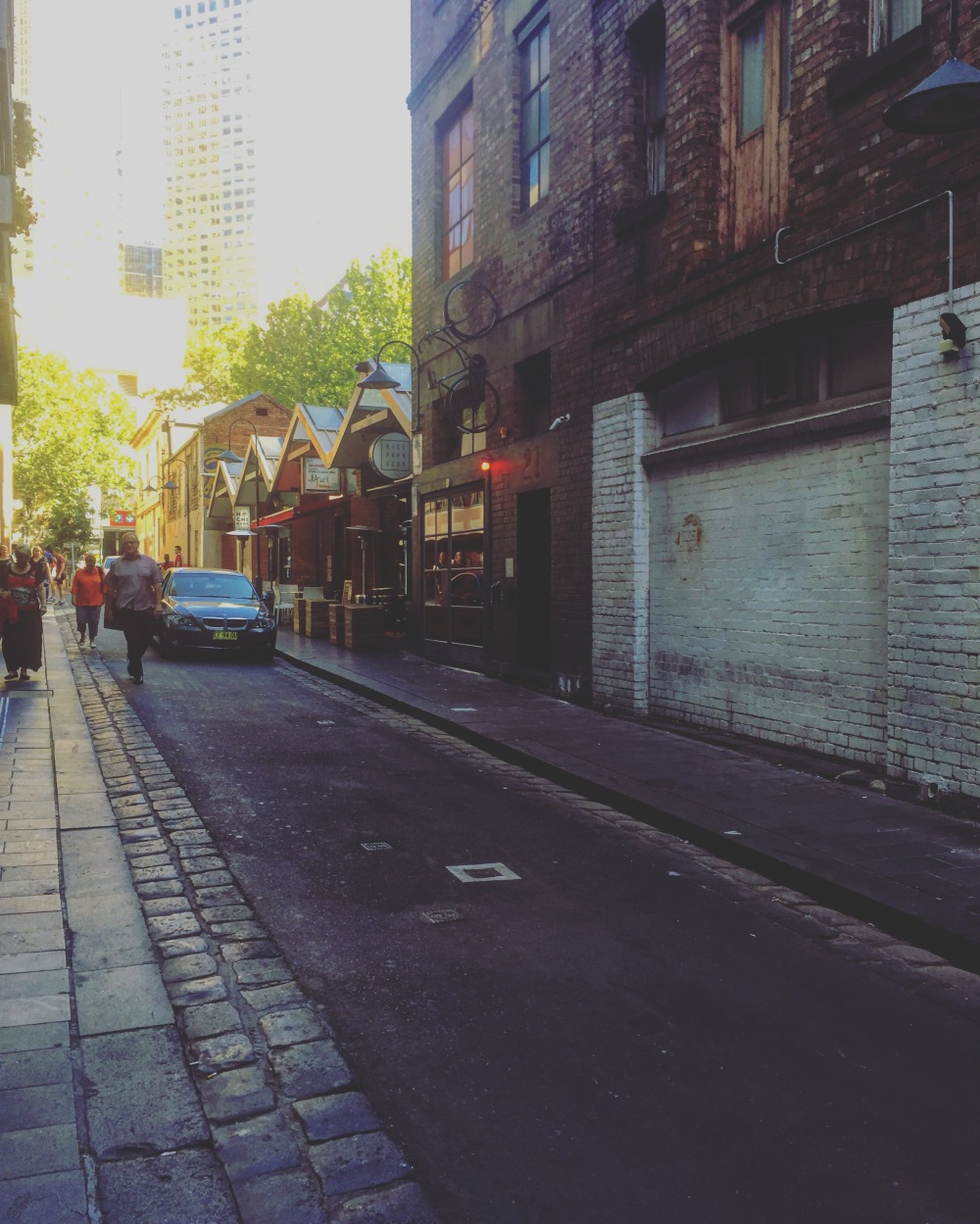 Just over a month ago, we packed up our first home together and drove to Melbourne. My amazing parents set off a day before us in a big truck full of all our things (wearing high vis gear in true truckie style I might add), and we squished our ‘most valued’ items in our car… namely, a few of Peter’s longboards, his treasured self-built computer and a whole bunch of clothes.

As we set off on the morning of the 9th of January at some crazy hour, we drove to the top of a nearby mountain and said goodbye to the city I’ve called home my whole life, Peter’s first home in Australia and the place we met some 9 years ago. I cried like a baby, but we took a photo to commemorate the moment anyway. 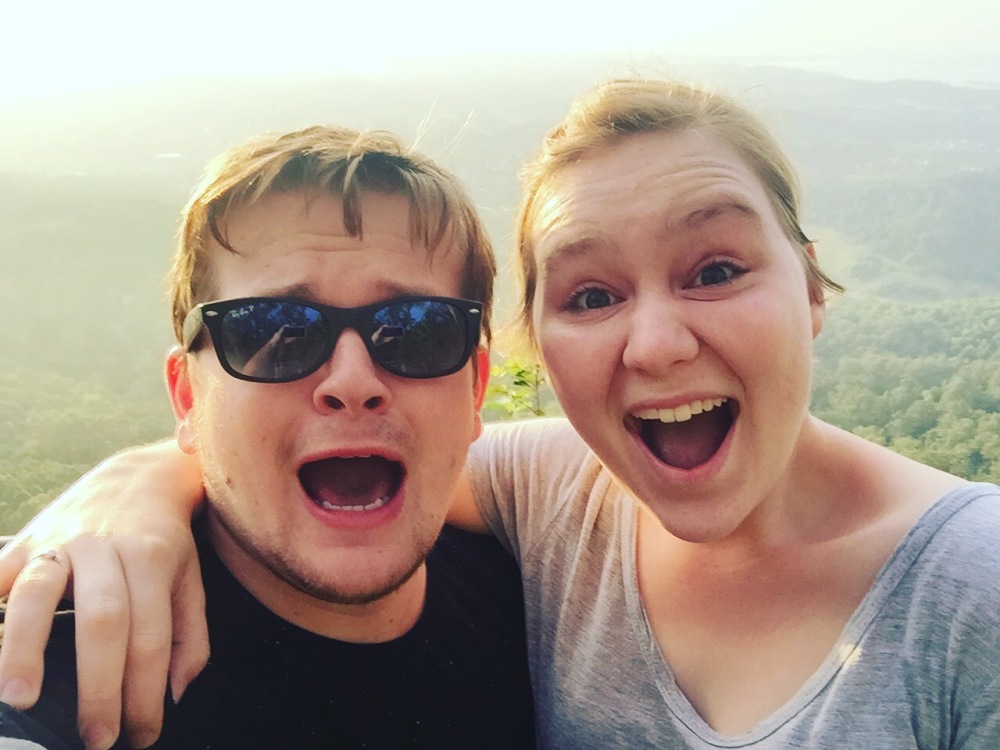 Moving away seems like a petty excuse for being scared compared to a lot of things going on in the world at the moment, but this adventure – as adventurous and exciting as it is – has been one of the scariest things I’ve ever ventured into. Some days I wish we’d never left home and some days it feels so lonely being far away from family & long-time friends, but of all the places we could have ended up, I’m glad we ended up here & I’m glad we’re on this adventure together.

This move has been in the works for a long time. I’ve known Peter’s aspirations to study medicine since we started dating almost 7 years ago, and I knew him well enough to know that if he was going to do something big, he’d want to do it right. The idea of Melbourne has been tossed around for years, and for years I’ve been scared of it. After we got back from overseas last year we prayed and chatted and decided that despite our fears we’d go for it. He thought it would be an opportunity for us to step out of our comfort zones, and I agreed that it was a great time for us to rely on God and learn to trust him.

Needless to say, I shouldn’t have worried. God did have a plan for us. In a whirlwind of events, Peter got accepted into his first preference at Melbourne University and I secured a job in publishing. A little later a friend put us in touch with a church plant starting just a couple of suburbs away from our new home, and I can’t even begin to tell you what a blessing it has been. When we arrived at the new apartment our new pastor was waiting to help us unload the truck and his lovely wife had made us dinner. The church, while just starting out, has been an incredible source of encouragement, community and friendship to us. Without them, I’m not sure how much this place would feel like home.

It’s really really hard not having family close by, but something my mum said to me while we were travelling last year has stuck with me. “Lauren, just remember that you have family all over the world.” It’s true that Christian brothers and sisters are like family, no matter how well, or how long you’ve known them.

This was my first day on the new job! I’m loving getting the chance to work in publishing. Working for a relatively small company means I’m able to do much more than I would in a large publishing house. Feature writing, sub editing, proofreading and dealing with online communications is something that I didn’t know if I’d ever get the chance to do. It became increasingly obvious to me throughout my degree that having qualifications doesn’t mean having the opportunity to utilise them. I feel so blessed to be able to do this! Commuting is hard, and I’m working on trying not to come home grumpy from sitting in an hour to an hour and a half of traffic (I’m sorry Peter), but it’s all a learning curve and at the end of the day, it’s so worth it.

Peter’s liking uni and getting fit riding his bike there every day, but really only started this week. Previous to this he’s been husband of the year, cooking dinners, baking bread and taking care of our four (and then three, oops!) pet fish, Pique, Diego, Shakira and Willian. Yes, most of these are named after soccer players.

I’ve had the chance to drive through a whole lot of suburbs in the early morning commute (don’t test my geography though!), and of all the places I’ve been, our suburb is my favourite. At the moment we’re enjoying a beautiful view of the city, particularly when it lights up at night and when the hot air balloons fly over early in the morning as we get up to start the day. Unfortunately for us, there’s a construction site across the road that is about one story below the view, and yesterday a truck stopped by and delivered a nice big load of bricks and timber. I think we might have to enjoy the view while it lasts. 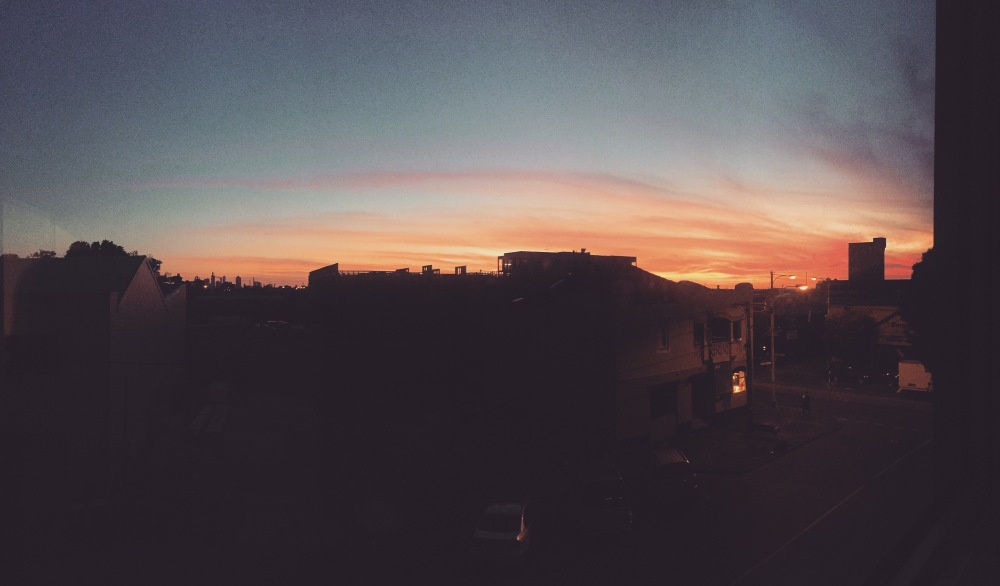 We’ve come to call the CBD the ‘suh-buh-duh’, which is fine when you’re at home planning your weekend but less fine when you’re explaining what you did on the weekend to your work colleagues. We love the city centre here. As nice as Sydney is (mainly because it’s close to our old stomping ground), Melbourne is infinitely nicer. There’s culture around every corner, bustling coffee shops and bars, great food and street music to rival any indie concert. Trams are great, and make getting places so easy.

Tonight we went to a restaurant called Rice Paper Scissors with a gift voucher from Peter’s parents from Christmas as an early Valentines Day date. It’s easily the best food & best cocktails we’ve ever had.

Living in this Season

This past week has been wonderful – we ducked home for a quick weekend visit for some close friends’ wedding and Peter’s mum and friend came to stay on Tuesday and Wednesday. Since then, if I’m being honest, everything has been quite flat for me. There’s been lots of tears, lots of ‘why’s and a bit of loneliness and homesickness that just won’t go away. Our friends are having an engagement party tonight, and there’s nothing I’d rather be doing right now than celebrating with them. Being away is hard and I guess there’s a sense of guilt that we can’t be there for our friends and family when things like this happen – but I think at the end of the day this is a season, and as Peter keeps reminding me, we just have to keep living in it.

As Ecclesiastes 3 vs 1 says,

“There is a time for everything, and a season for every activity under the heavens.”