Last year I wrote a ‘2013 Year in Reflection’ post on New Years Day – this New Years Day I’ll be hundreds of thousands of kilometres away in Germany (ahhh!), without access to all the photos from the year that has been, so I’ve decided to post this a little bit early! This year has had crazy lows and even crazier highs – but as the new year approaches, I think it’s really valuable to step back and see how blessed I am.

In January I went away with my family on a holiday down the coast, and led on my church’s annual youth camp with a great group of year 8 girls. Both trips were fantastic opportunities to spend time with people I love – and the weather was amazing! Here’s a photo from an early morning on camp. 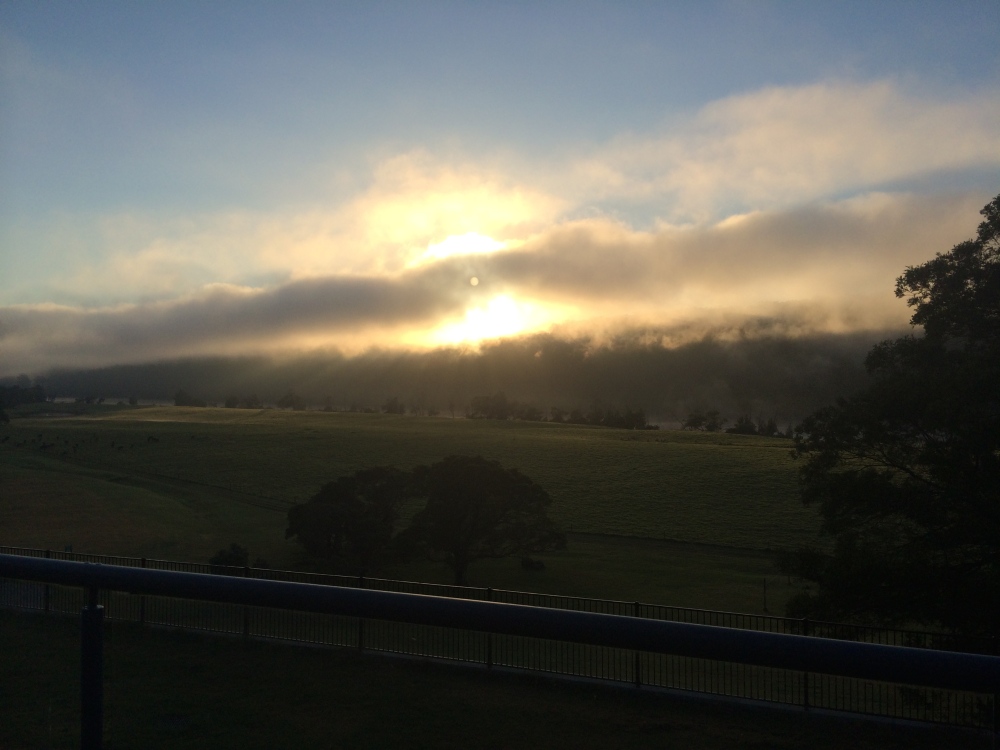 February was the hardest month of the whole year. On Valentines Day, a good friend from school passed away unexpectedly. At 20 years old, you don’t expect to lose people your own age – but it was a reminder that each day is a gift, and a time to draw close to God and friends. My greatest hope in that time was the reassurance that Lily had a faith in God – and that someday soon I’ll see her again in heaven.

In March, I went to a friend’s wedding! This was a totally new and scary thing – the first wedding of a school friend. It was a beautiful day (after weeks of rain) and Ruth looked absolutely stunning. 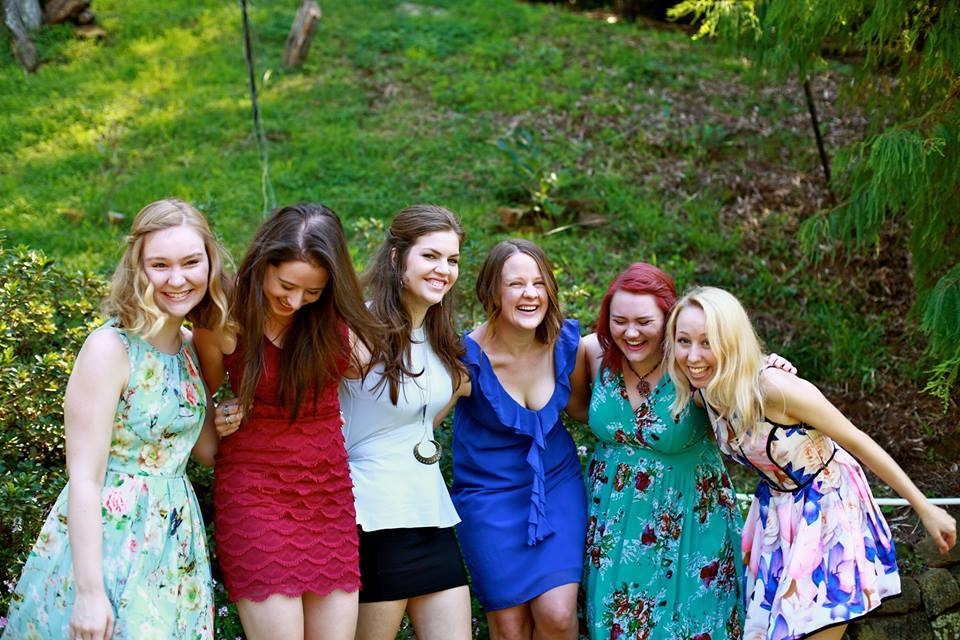 April was the month of Simply Sweet. After writing on my blog ‘All the Wonderings’ for a few years, I decided to move away from the style of blogging I’d been doing throughout uni and focus on something that was a bit more me. I conceptualised a lot, wrote a few posts, and started a series called 100 Happy Days (which I never actually finished – oops). I also did some housesitting in April, and became good friends with the house cat, Nebby, who apparently enjoyed my company too. So much so that he sat on my study notes to stop me working.

In May, Peter and I celebrated our 5 year anniversary. Girls – never settle for a guy who doesn’t open doors for you and write you letters (if you like that sort of thing). I was so proud to reach 5 years with this incredibly thoughtful, loving and Godly guy.

It really must be the year for housesitting and cats… in June I house sat with my good friend Georgia, right down the road from Peter’s house. It was a lot of fun! We also became quite good friends with their 2 dogs, and their gorgeous cat Jellybean. 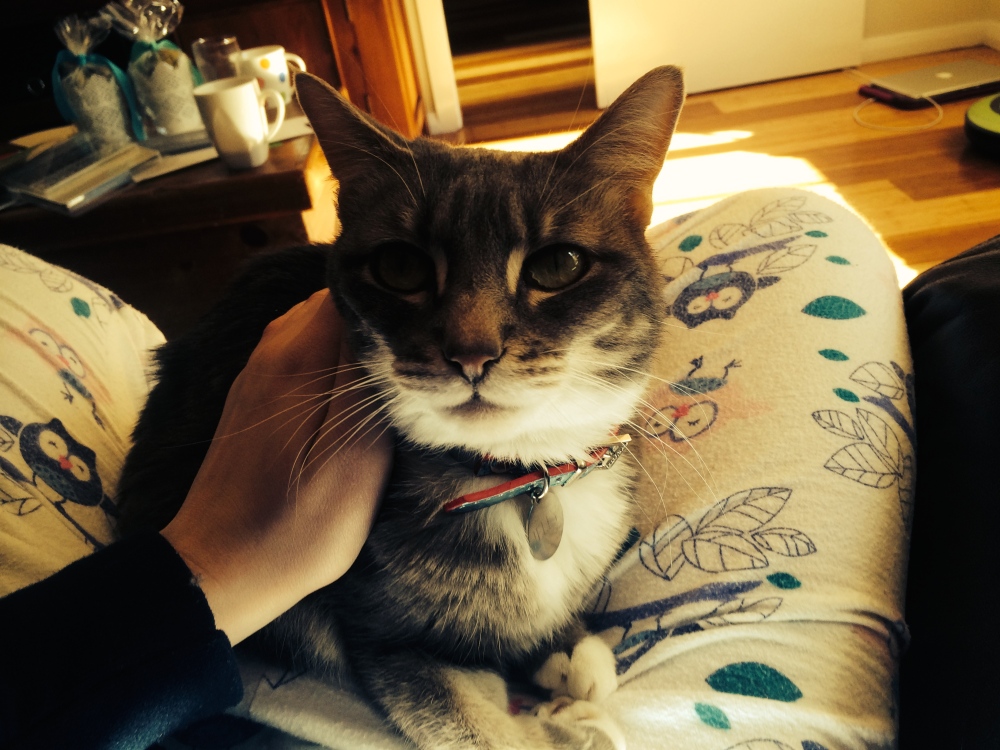 In July we did a little family trip to Sydney for a few days! It was so lovely spending time together with my parents and brothers. A little tradition of late night hot chocolates begun with a cute café in the heart of Newtown and we embarked on a number of little trips around the city, just for the sake of adventure and exploration. 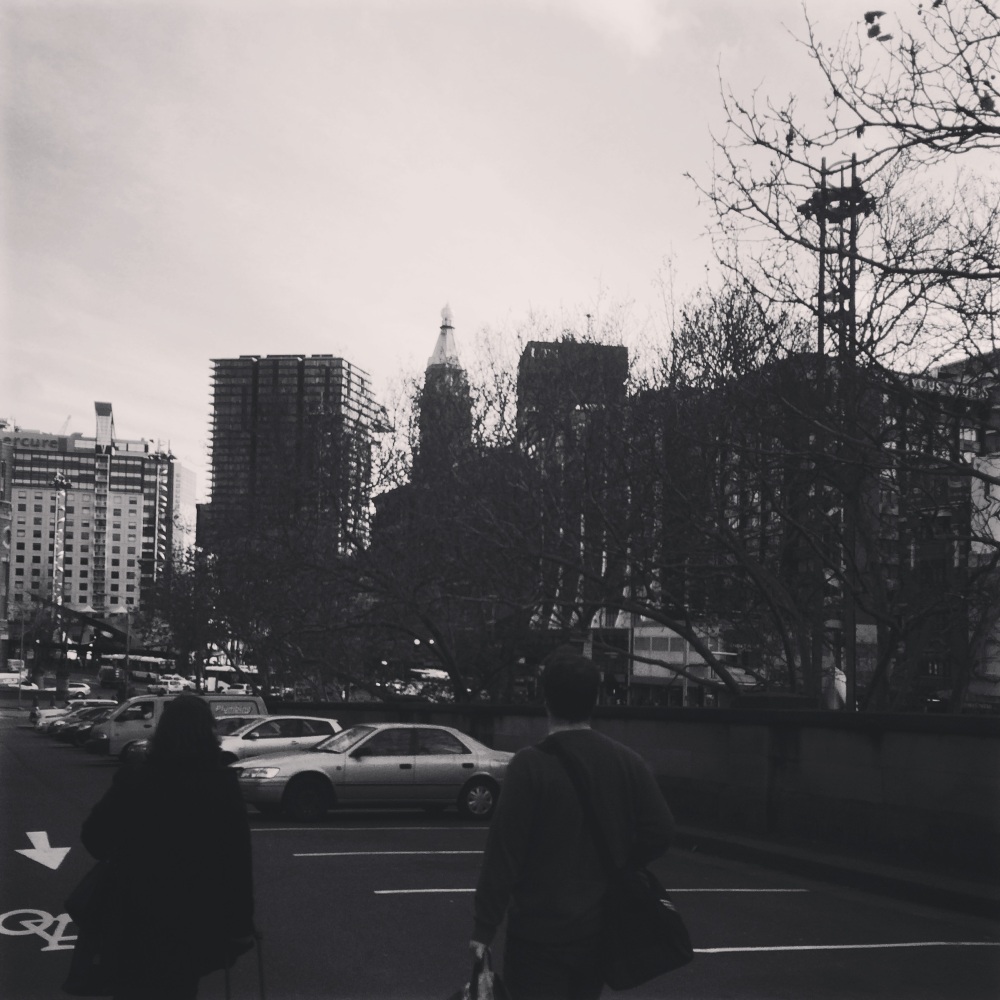 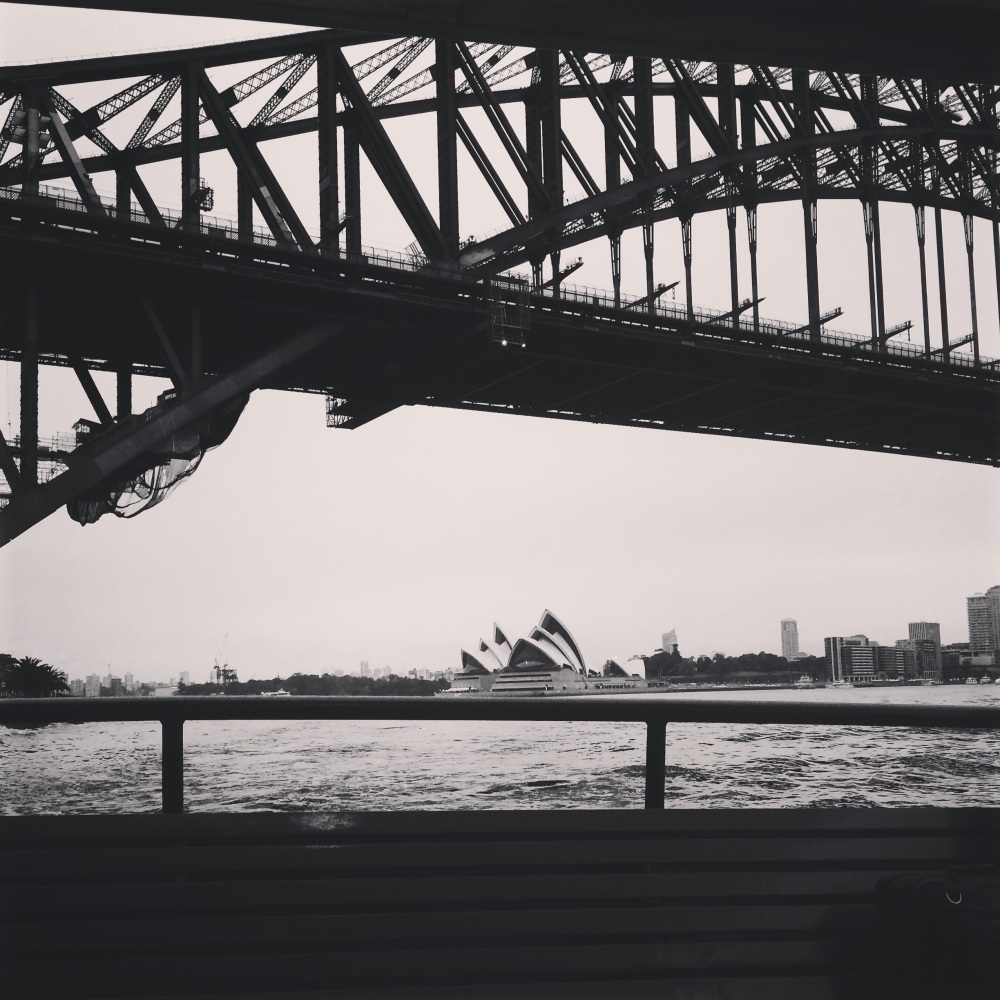 In August I went on another trip – this time, with friends! Peter, myself and our friends Richard and Georgia (the lovely friends I’m travelling Europe with) went down to Melbourne for 2 nights. I had never been to Melbourne before but wow, I loved it! If you’re ever visiting Australia, be sure not to leave without seeing this lively city. It was choc-a-block full of cute cafés, lanes of boutique stores and quirky restaurants, rooftop bars and a lot of good food. We visited a great coffee place called Filter which I’d recommend if you get there! And we couldn’t go past Merrywell for their #1 rated burger in all of Australia. We even managed to fit in a trip to the Melbourne Zoo!

In September, I really got back into journalling. Not just writing down the events of every day (although I do that sometimes), but purposefully reading my bible and writing about what I learn and what I’m praying for. One of the funniest memories of this was when I decided to go to the park where Peter and I went on our first date to pray about our relationship. Knowing that we’d been talking about marriage and that this new step was on the horizon, I decided to sit in the park and pray. It was in this exact spot that Peter would propose to me, exactly 2 months later. 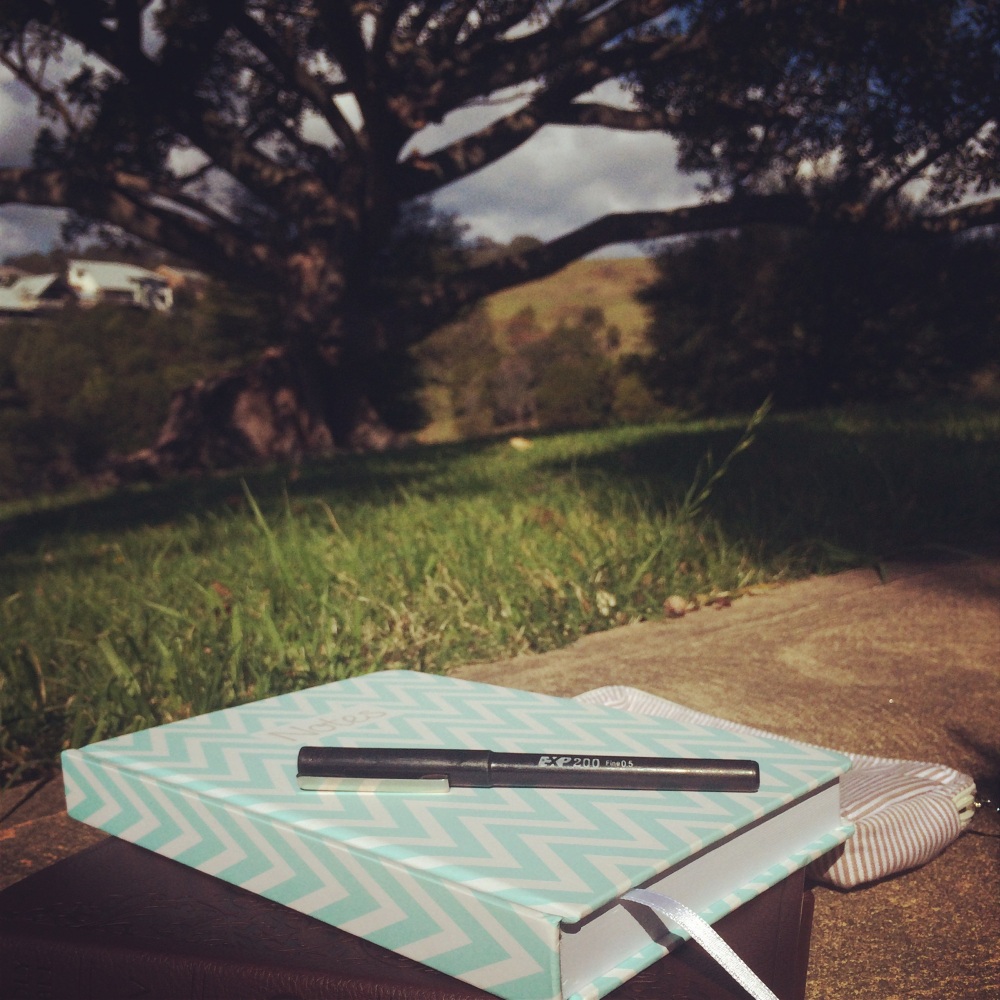 In October I went down the coast with Peter’s family for a few days, and when I came back we celebrated my Grandma’s 70th birthday! I’m so grateful for my Grandma – she’s the kind of Grandma who never misses anything, and she’s been there to celebrate every win and every loss with me and my brothers since before we can remember. Celebrating this was particularly special.

Where do I even start with November?! November was a HUGE month! My family threw me an incredible 21st party on the 1st of November. We had so much fun, took a lot of pictures and dressed up in country style clothes. The very next day, Peter asked me to marry him and I answered with a very big ‘YES, of course I will!’ Then, later that month, I had my 21st birthday. It was a month I’ll certainly never forget. 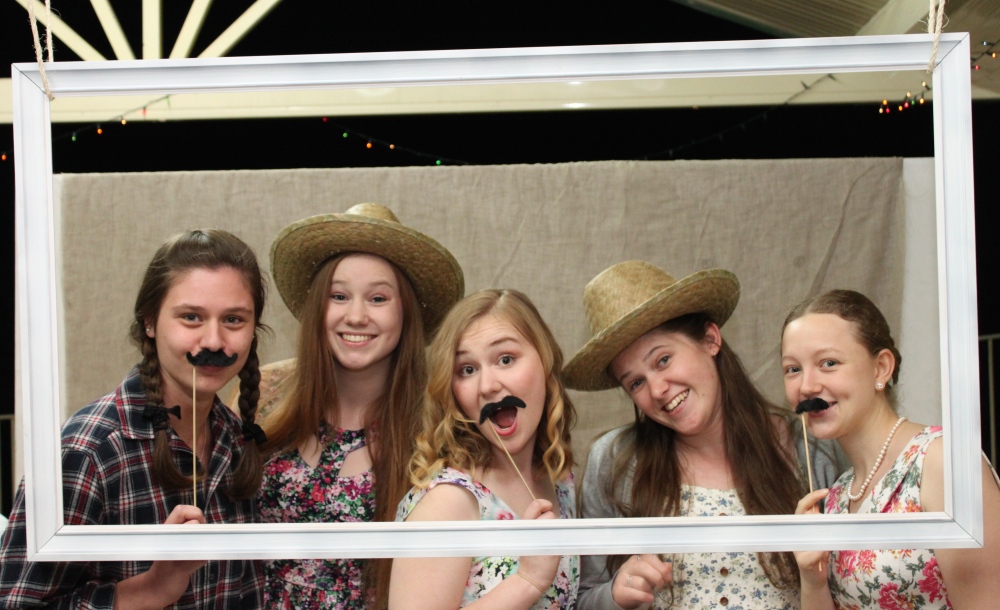 This month, I graduated from university. After 3 great years of studying Communications and Media, Journalism and Professional Writing and International Communications, I finally have a degree. Next up, Christmas – then a trip to Europe! This month is almost as crazy as November.